Nigeria is a country rich in culture and fashion. It is one that is filled with people that are stylish and have an undeniably high taste in fashion. Nigerian designers have somehow managed to make fashion so appealing to people all over the world that it attracts the attention of highly influential individuals.

In the spirit of Independence and to celebrate how far Nigeria has come, we take you on a walk down memory lane of how Nigerian fashion has changed and evolved to become what it is now. Sit back, relax and enjoy this journey with us.

The sixties were the years immediately after the colonial masters lifted their hold over Nigerians so most Nigerian women still wore long dresses and hats. The long dresses ranged from tight-fitting to loose long dresses. Asides long dresses, women also wore miniskirts inspired by Mary Quaint, aimed at showing off their leg.

Permed, well-sprayed afros were the order of the day for hair game and platform shoes and stilettos were very fashionable.

While the elite rocked these styles inspired by the British, the uneducated women wore their traditional attires and did simple, local hairstyles.

The seventies were the years of the ‘oleku’ style for women. The oleku style comprised of a baggy-sleeved buba (blouse) worn over an iro (wrapper) that stopped anywhere from a little above the knees to mid-thigh. The men, on the other hand, rocked the fashion scene with agbada and dashiki, trends that are still very much alive till this day.

These trends, especially the oleku style, showed how Nigerians can mix western styles with their traditional fabrics and styles to give off very stylish looks.

This era was also the era of the ‘to-match’ idea and so many people wore accessories that matched the colours of their outfits. A man could rock a blue jumpsuit and shoes to match in the spirit of matching everything.

The seventies also gave rise to the Jerry curls and perms hairstyle for both men and women.

The eighties were the years of the big and the loud. Nigerians moved from the more traditional outfits of the seventies to more of a western fashion style.

These year’s also saw people combining pieces of clothing in the most ridiculous and unusual ways ever. For example, people wore things like leg warmers, a sweater and a mini skirt all at the same time, with all being very loudly coloured. Jerry curls and perms remained the order of the day

In the nineties, Nigerian fashion became a full reflection of Western Fashion. The Nigerian traditional attire was completely replaced with western clothing as there was an influx of foreign clothing at that time.

Nigerian fashion took on a retro, pop and hip feel to it as fitted tank tops, miniskirts, jeans, capri pants, makeup etc flowed into the country. For men’s fashion, trouser hems became narrower and narrower while the fit in the hips and waist grew looser.

Some of the most popular trends then were the little black dress, the bell-bottom jeans, cropped tops, capris pants, ballet flats, and oversized glasses most of which are still popular till date.

At that time, those who could not afford to purchase these styles bought imported second-hand versions for themselves. For native attire, bubus were the most popular in this era.

Ankara fabric, also known as African prints, surfaced and became widely accepted in this era. The fabric is derived from Indonesian manufacturing techniques and employs African motifs and designs to make stunning designs. Everyone bought into the Ankara trend.

Men got rid of the afros and Jerry curls and, instead, wore their hair short.

With the rise of designers like Deola Sagoe with her lace and Aso Oke, Maki Oh with her Adire, Duro Olowu with his wild African prints and several others that have taken Nigerian fashion to the global scene, Nigerian fashion is finding its way back to its rich local heritage. Although still with a lot of western fashion in it, Nigerian fashion designers are finding ways to mix the country’s local designs with western styles to create amazing pieces.

Many trends from previous decades have made comebacks since the 2000’s started with outfits like bell-bottom, cropped tops, maxi dresses and so on coming and going at various times. This era is an era of a rich mix between western fashion and local fashion as fashion grows and evolves in Nigeria.

Hair is now a mix between wigs and the natural hair (kinky) girl look as people embrace their Africanness more. The shoe game is a mix of all sorts, with Nigerian footwear designers making western shoe styles but using traditional fabrics like aso-oke for them.

As Nigerian designers keep making deliberate moves to grow Nigerian fashion and put it on a pedestal of its own, we know that Nigerian fashion is finding a voice and reasserting the identity of the country. 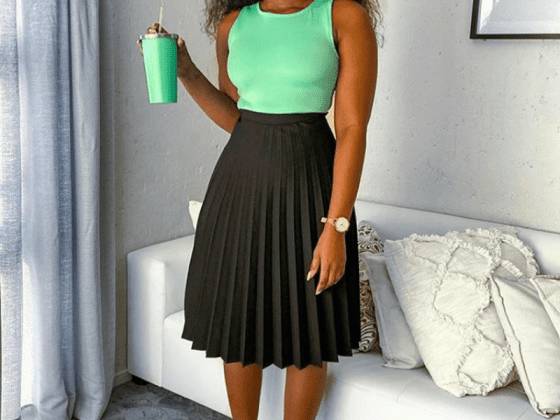 In The Spirit Of Independence, Here’s How To Stylishly Pull Off Green Outfits And Draw Inspiration From Others 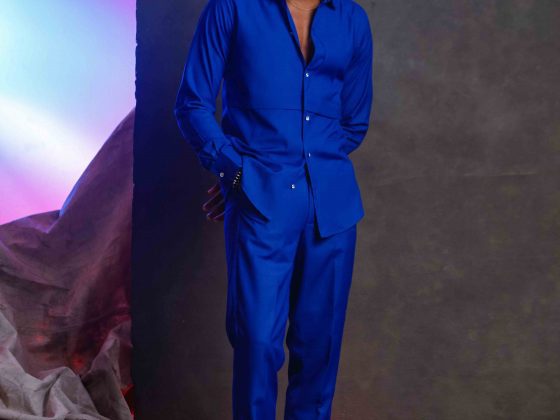 Despite Giving Off Conflicting Moods, Sheels Urbane’s Le Fleurs Collection Is One With Unique Designs 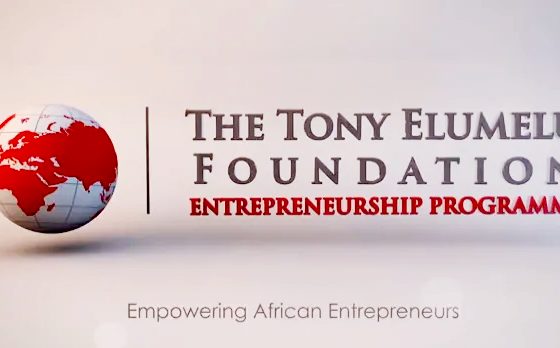 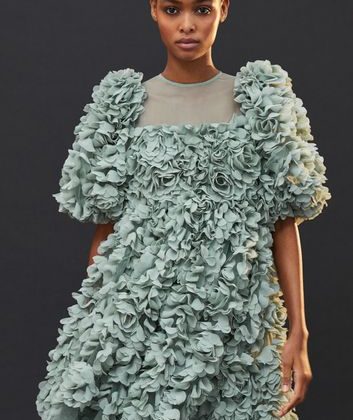