This week in fashion news from around the world, Venus Williams unveils a new collaboration with fashion brand K-Swiss, Cardi B partners with Reebok for a new footwear collection and more.

This week, Venus Williams announced her new collaboration with fashion brand K-Swiss. In a bid to expand her clothing empire, the tennis star will serve as the brand’s new brand ambassador.

The new clothing collection will be a part of her EleVen by Venus Williams brand and will be highlighted in K-Swiss’ global campaign which would feature activewear for fashion-forward women. The tennis brand announced the new partnership on its Twitter page, congratulating William on this move.

“Venus’ incredible achievements are a testament to her greatness and unbounded work ethic, and we are delighted to name her our new brand ambassador,” said Gabriella Gomez, director of global marketing, for K-Swiss, in a press release.

While celebrating the news, Williams gave a peek into the collection, dropping next month, on her Instagram page.

The Prince’s Foundation- an initiative to support Scotland’s heritage traditions, from its signature knitwear and tartan to architecture, design, and horticulture – and Yoox Net-a-Porter’s CEO Federico Marchetti announced the collaboration. This first-of-its-kind collaboration brought artisans and students in Italy and Britain together to design and manufacture a sustainable fashion collection.

The collection includes a long cashmere cardigan, a few blouses, and a double-faced, meriono-cashmere-blend coat with a self-tie belt, majority of which were made by hand.

“I believe it is critical that we pass on the artisanal skills crucial to our industry’s heritage and maintain the quality and craftsmanship that is so highly cherished by customers,” Marchetti says. “But in doing this, we must also balance the importance of our modern sustainability ideals, the power of technology, and the changing priorities of the customer. Being a Modern Artisan is about ‘respecting the past and building the future,’ which is actually the motto of the Prince’s Foundation.”

As it seeks to expand into luxury e-commerce, Amazon Fashion has hired former Vogue digital creative director Sally Singer as head of fashion direction. After almost two decades of working with Vogue, Singer who resigned in December 2019 will report to Amazon Fashion president Christine Beauchamp in her new role.

Singer, who shaped Vogue.com into a digital platform as powerful as its print counterpart, was inducted into the Business of Fashion 500 in 2013.

In September, Amazon launched a new Luxury Stores platform with a campaign starring Cara Delevigne wearing Oscar de la Renta, the first brand to sign on to sell there.

Following the success of the first Fenty × Amina Muaddi collaboration, Rihanna has teamed up with Amina Muaddi again to produce 4 more shoes. The collection, named 11-20, comprises a pump, a sling-back and 2 sandals, all with a unique and feminine touch to them.

The collection features the Corset Pump, Don’t Be Square, Caged In and Ribbon Ropes shoes. It was made  with the intent to “create footwear that represented the muse and the brand: strong, but refined and feminine.”

The Corset Pump modernises the classic stilettos and features inverted heels alongside a glossy and transparent PVC in Electric Blue or Coco White leather while the Don’t Be Square shoes are more subtle and are a square toes sling-backed pump made from soft leather.

The Caged-In stiletto sandals feature knee high ropes and come in Electric Blue, Cocoa White, Jet Black, and Crystal Black. The Ribbon Ropes stiletto sandals, on the other hand, features soft satin ribbons and crystal-embellished straps that reach up to the mid-calf level to make any outfit elegant and graceful. It comes in Candy Pink and Jet Black.

Cardi B Partners With Reebok For Collection.

Cardi B has officially dropped her first-ever footwear collection in partnership with Reebok. The announcement which was first made on the hip hop star’s Instagram page in anticipation of her birthday last month is now out.

The collection features the classic Reebok Club C silhouette but was revamped by the rapper to be every bit Cardi B cool. As a reflection on her extravagant red carpet style, the sneakers are very bold and brave.

The collection aims to explore “society’s rigid expectations of women: how they are told to be perfect but humble, strong but caring; and when we have the nerve to get the balance wrong, we’re labelled as ‘too much,’ ‘too extra,’ ‘too dramatic,’ or ‘too vain.’”

The two styles which were released today are sure to make anyone stand out of the crowd. They are available for purchase on Namshi and SNKR.

On Wednesday, the organisers of Milan Fashion Week announced that the fashion show will happen early next year with virtual catwalks likely to be the order of the show.

The chamber president, Carlo Capasa told the Pambianco Summit that the fashion shows “will become more digital or more physical, depending on the evolution of the pandemic”. ​ 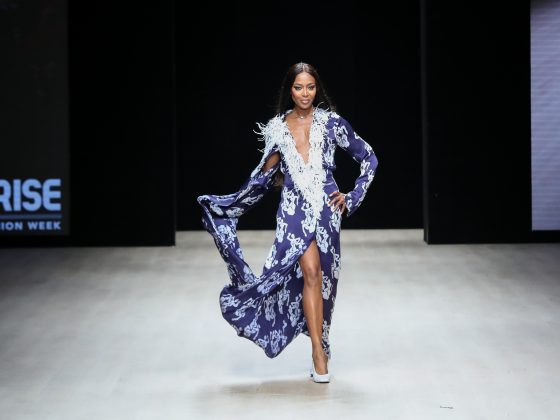 Ever Wondered About The Negative Effect of Fashion Shows And How Some Help In Creating Sustainable Fashion? Here’s How 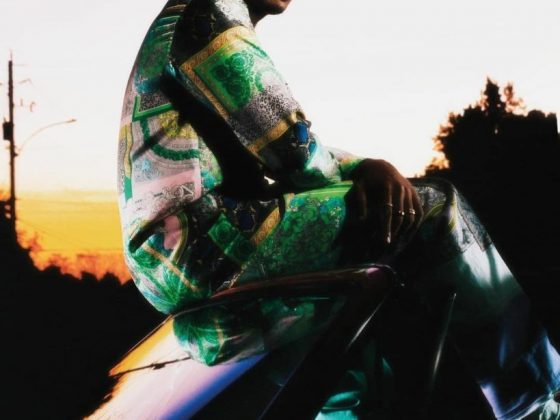