Being the conservative and traditional society that Nigeria is, anything that goes against the norm of what we know is often resisted. When it comes to fashion, there is a world of topics that causes controversy and dispute amongst many.

One of such is androgyny. Androgynous fashion, which is gender-fluid fashion or fashion the blurs the gender lines, is one topic many cannot agree on. While some find it completely unacceptable, others are open to it.

We asked various Nigerians what they think about androgynous fashion, here’s what they shared with us.

I find the concept rather interesting. I am excited and anxious at the same time because things can go south really fast when there’re no clear boundaries. I’d really love to see people rock it once it looks strictly unisex. I am scared that I’ll see young men wearing crop tops and mini skirts. So clear boundaries need to be set.

I will definitely buy an androgynous outfit. I’m a lady, so even if I wear an outfit that looks kinda masculine, people might only arch their brow slightly then shake it off. But since the outfits are gender-fluid, I expect them to look neutral and rare. So, this means, I’d hardly find another person wearing the same outfit. That’s super exciting.

I believe it may become widely accepted in Nigeria in the coming years. This is dependent on how widely accepted it becomes in other countries. The world is changing. Change is inevitable. Those that refuse to move with change will be left behind.

I believe this may become the new normal in no time. Nigerians love fashion and we like trending. Once it can trend sufficiently in other countries, I think it will become acceptable. Of course, we will initially resist, but it will gradually sip into our society. It’s so exciting and scary to think of.

Our culture is heavy on gender distinction. As a person, I won’t buy or wear androgynous outfits because I like very masculine clothes.

When it comes to androgynous outfits, most wears just go too far for me. Some are crazy – I don’t do crazy much, and I won’t do anything remotely ratchet.

Buying androgynous wear for me depends on how comfortable and classy the wear is. Those are my primary concerns with clothes. Some of these wears are barely “clothes”, they provide little covering.

However some androgynous outfits I’ve seen come across as more feminine, “chic”, classy and comfortable. I’ll sure consider going for these.
If I were a guy, I won’t go for androgynous outfits. I’ll probably be a manly man and struggle to relate with these outfits. But hey, I’m not a guy.

I don’t think the majority of our country will come to that place where androgynous outfits are a win with us.
I don’t see it happening in our lifetime, based on our cultures and perception of style as a people, changing times or not. Naa!

I like kimonos, and I’ll like to make one. I’m not totally open to it but if it’s nice, I mean, I’ll go for it. I think androgynous fashion is okay sha, but I won’t experiment too much 😂.

Men tie wrapper where I’m from, so it’s no big deal wearing things that are considered ‘female’. I think it is a good move and I think people should wear what they want.

See the alte movement. Marlians. People are in love with it. I think we’re at a place where androgynous fashion will thrive in the country.

I think androgynous fashion is a good thing because even though fashion has no rules, people still try to limit it. There are things people hold as ‘rules’, but if you are more discerning, you will know they are not rules but words of advice.

So, androgynous fashion is the final straw that breaks all those boxes. It’s not telling you not to wear a certain shoe because it is for men or not to wear pink because you are a boy. It is just allowing you to wear an outfit because that is what you want to wear and feel like wearing. It is expressionism at its peak and it is beautiful to see.

I would wear an androgynous outfit because I am an androgynous person and I do not believe in or see gender lines. I just dress based on how I am feeling and what I want to wear. I have an idea in my mind and I just want to execute it and see how it looks and it always looks good.

Androgyny is a beautiful thing because it just shows you how much better life could be if we do not see things through the narrow lens of gender.

I hope and believe it will become more widely accepted in Nigeria because my generation is very much counter-culture. We are doing things that we have somehow evolved past, and I do not mean ‘evolved past’ in a good way.

This is because years ago in Africa, men used to groom their hair and wear jewellery, but now we have parents that believe these things are best left for women, meanwhile, it was once part of our culture.

Now, we see men doing manicures, keeping afros and braiding their hair. Even women now wear clothes that people ascribe to men, like boxy clothes, and people are inculcating it into fashion and making it elegant as well.

I am very here for it and I believe it has a strong future in the youth of Nigeria.

I don’t think it is okay. It does not look nice. If it looks nice on me I would buy it but I don’t think I would like it on a man. I highly doubt it can flourish in Nigeria because a lot of people are conservative. 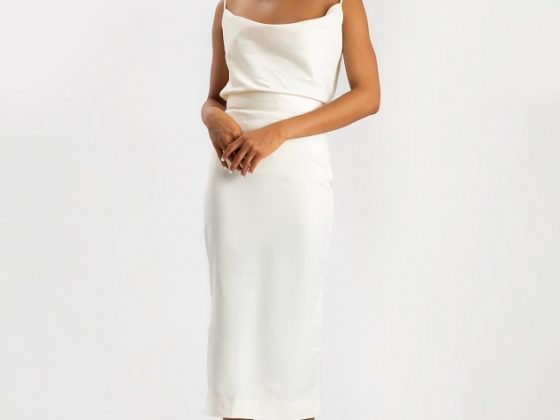 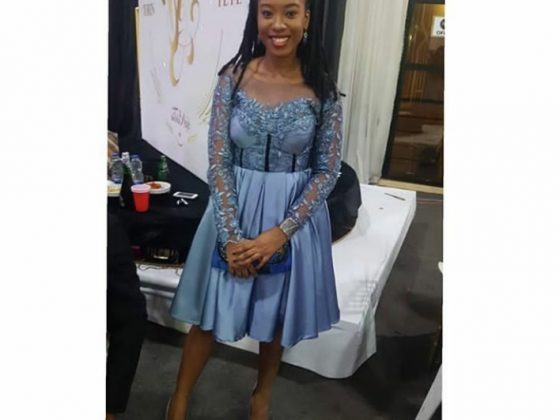